This post is slightly overdue. Lucas celebrated his birthday 2 weeks ago. Happened to fall on the same day as Chinese New Year, so we celebrated at Kampar. Just a very simple celebration. We were lucky we manage to get a cake from King's Confectionery. Lucas chose his cake. Of course, he chose the Minion one... *_* he calls them "banana"... This cake cost us RM75 =_="" I thought it was a tad expensive... Anyways, ccan't believe my lil baby is now TWO!! 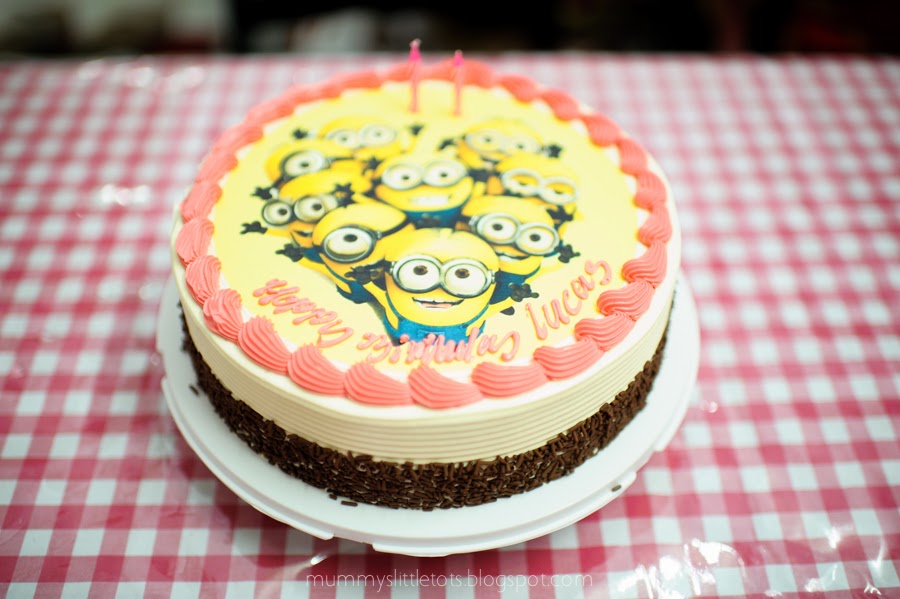 We could tell he was just as happy even though the celebration was simple :) Grandma made him some Red Eggs. 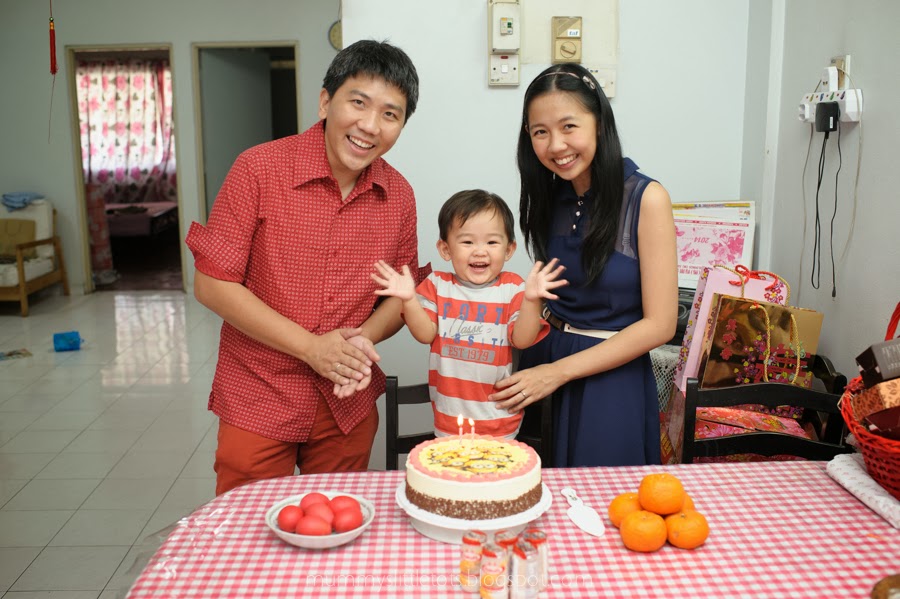 He managed to blow out one candle without help, we helped him with the other because he tried real hard but it just won't go off... :D 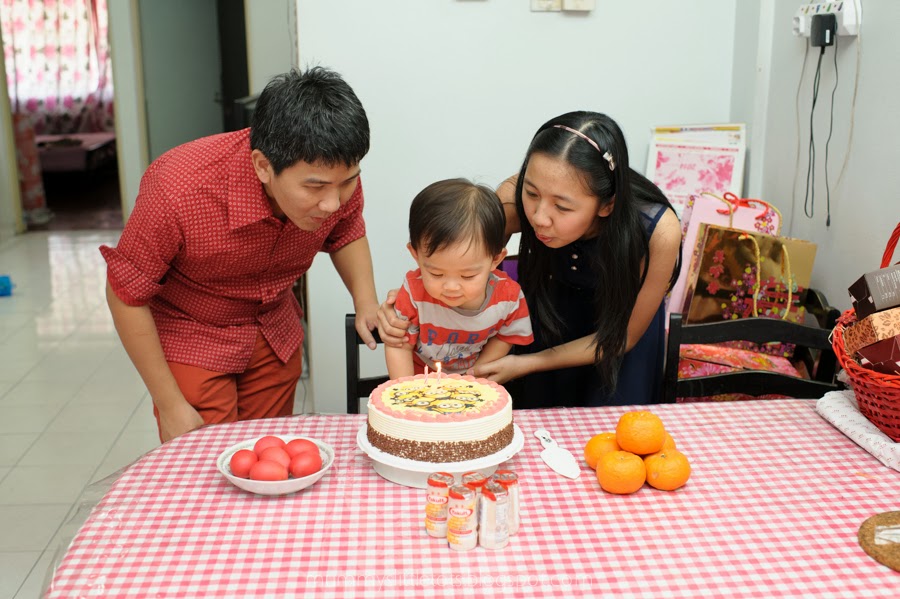 Our lil sunshine, smiling & laughing away as the candles went off... 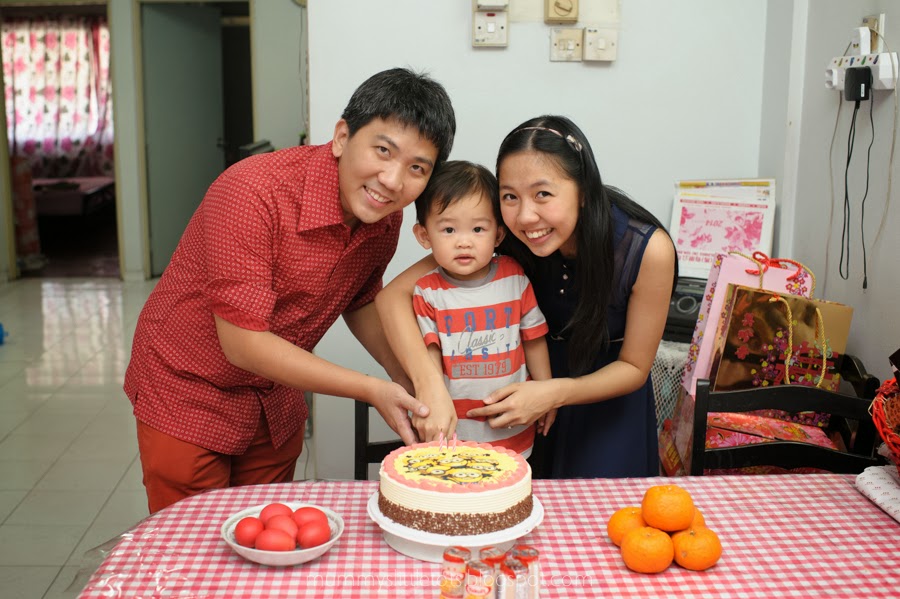 He started getting excited as he cut the cake, and wanted to slice & dice the cake... We had to quickly stop him before the cake was mutilated. 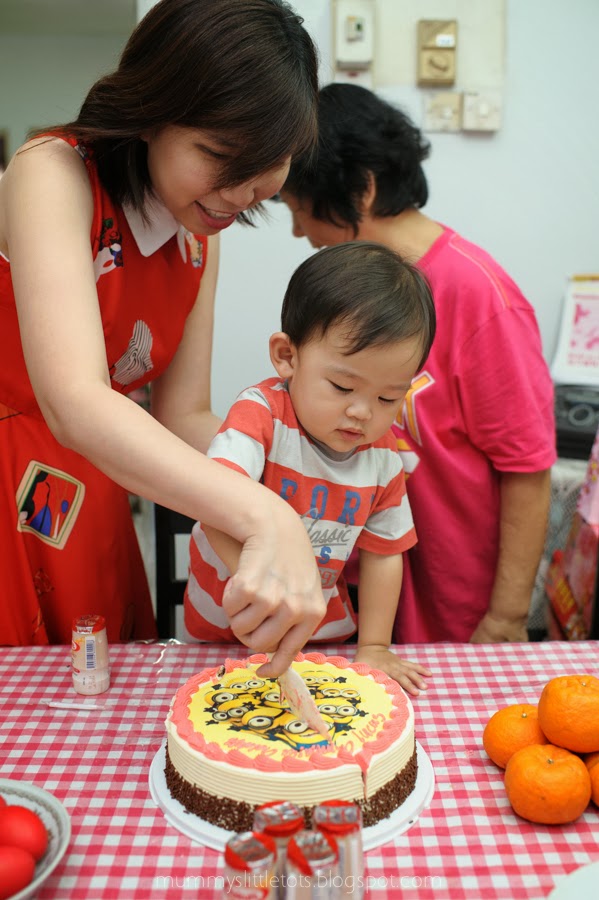 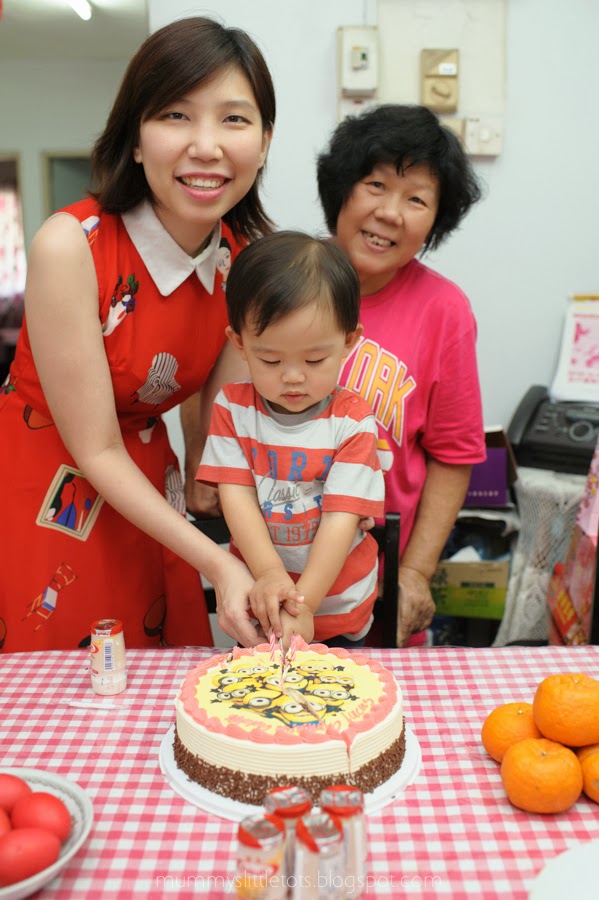 He also grabbed some cake for himself... 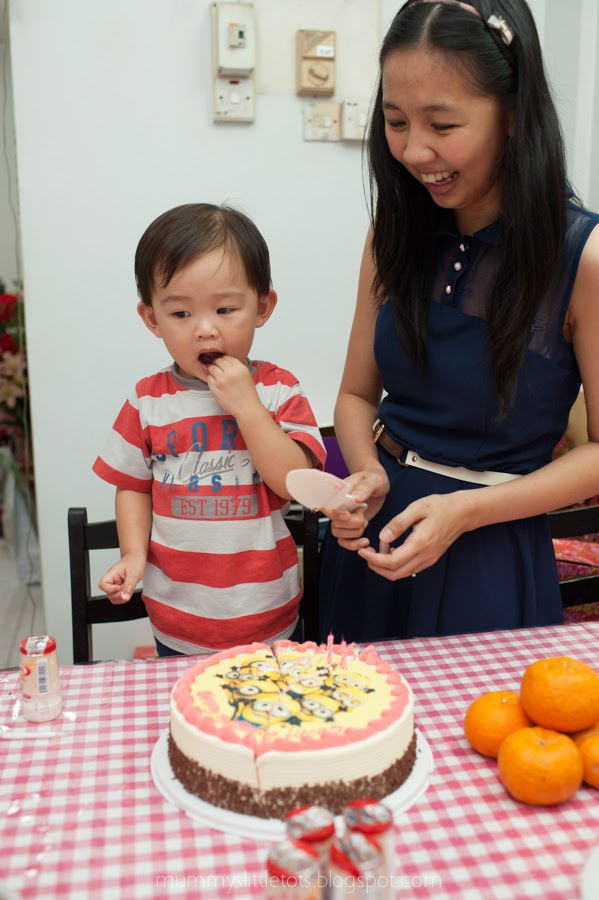 Time to open his presents... He got a box of Spinaroos from his aunt! 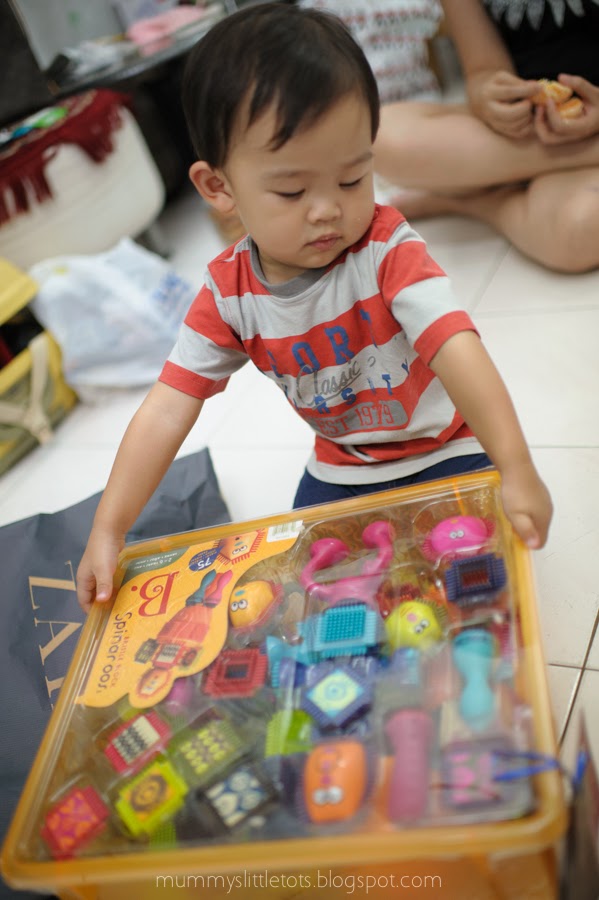 It was really funny because his first impressions of the parts were they were combs... and he started combing his hair... LOL 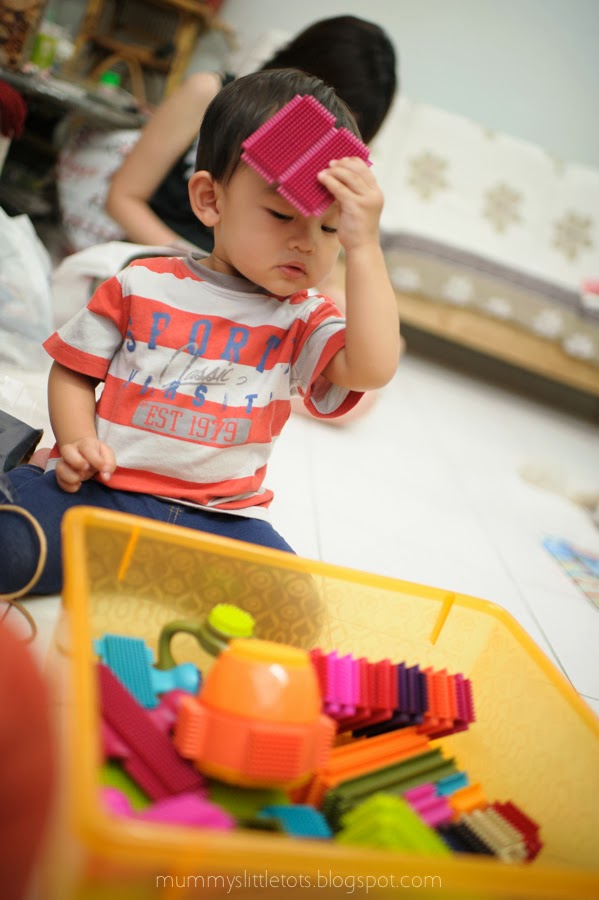 He must be wondering why his aunt got him such a big box of combs! 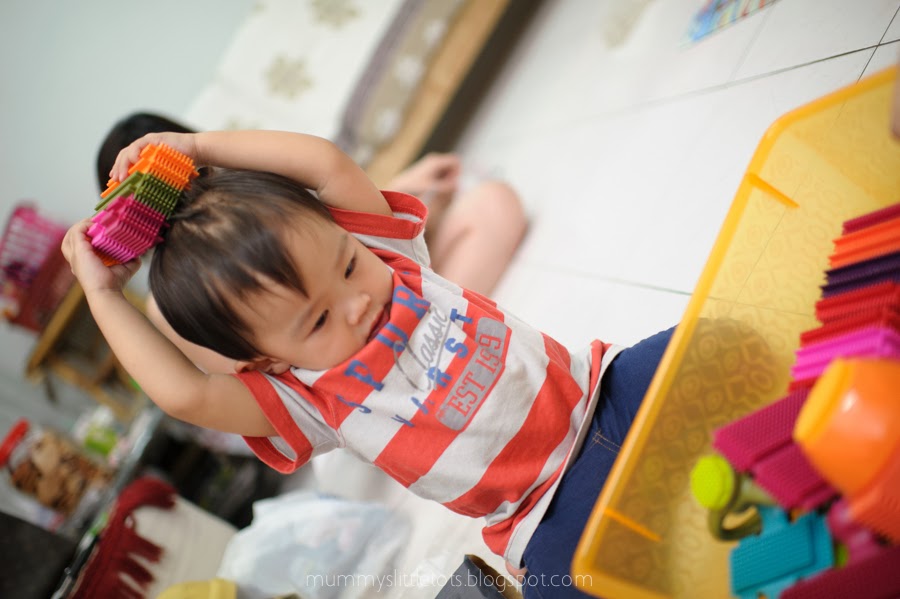 He got a book from Mummy & Daddy... He immediately said "clock". Quite impressive as I don't remember having to specifically teach him that word. 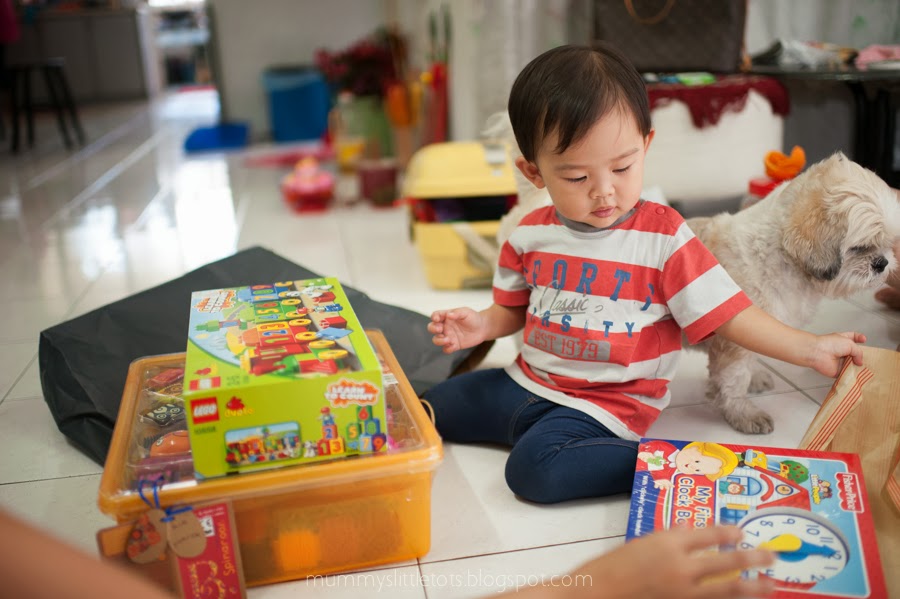 He was most fascinated with the train duple with grandpa & grandma bought him. 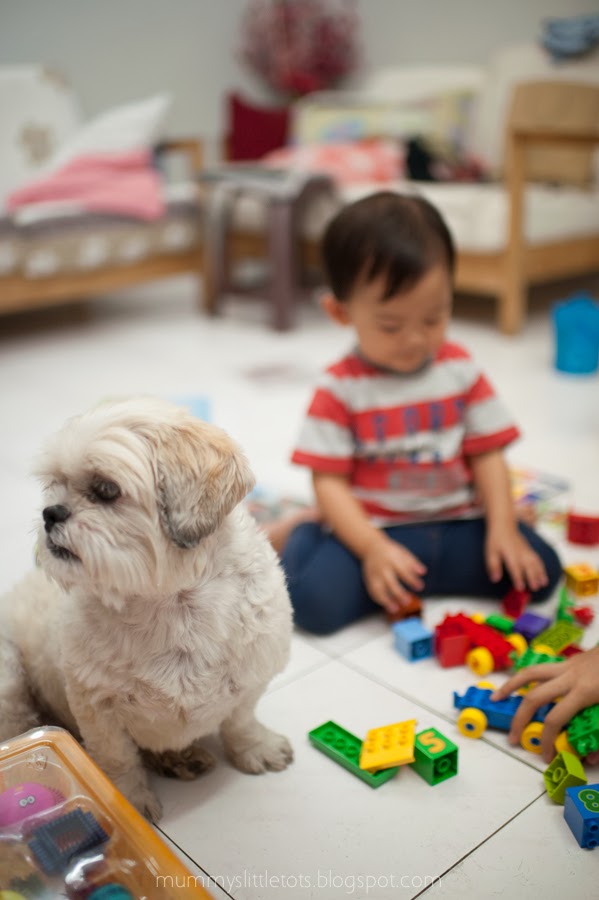 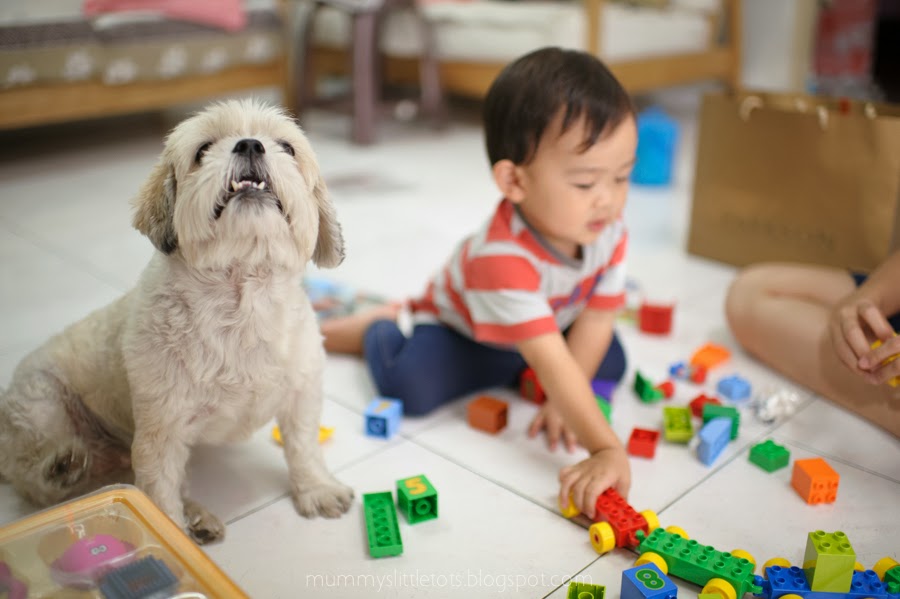 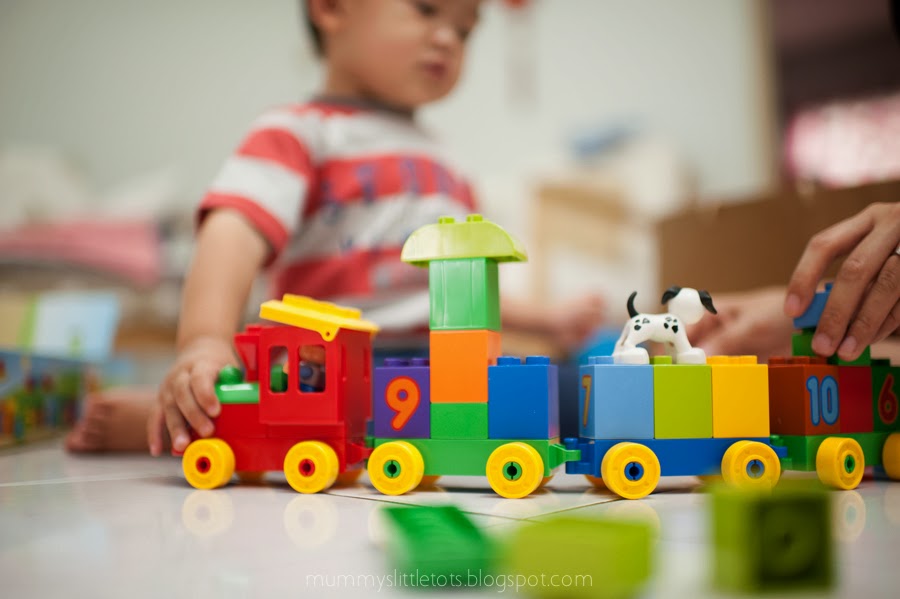 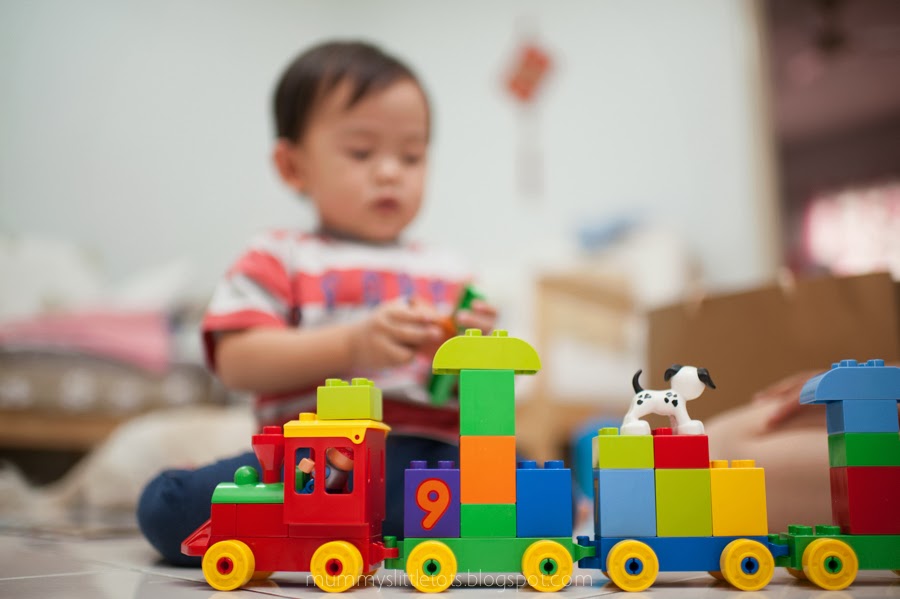 Josie
A mother, a wife and a daughter. Trying to live a simple life in a world full of expectations.